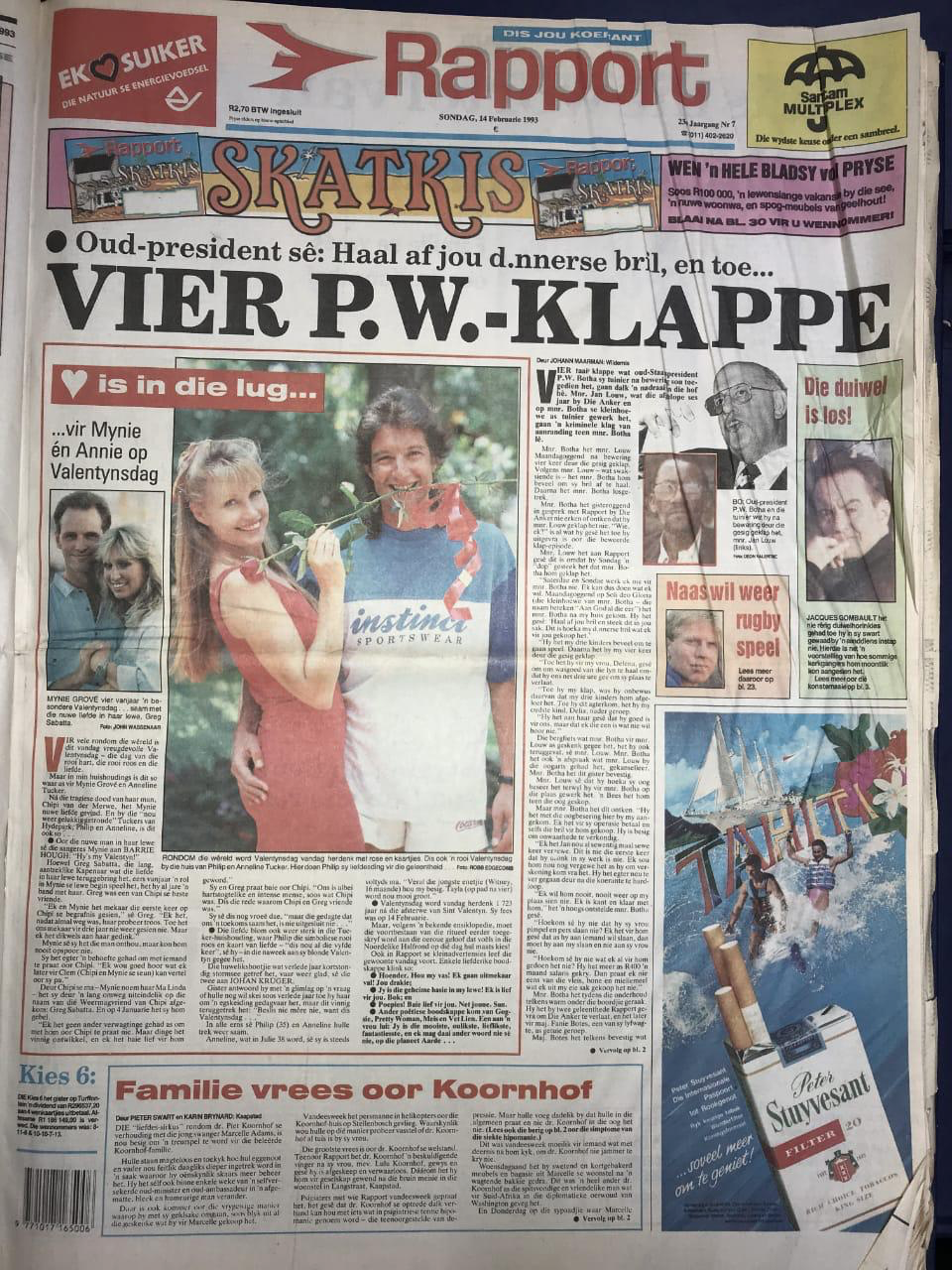 How often have we not heard people (if not ourselves) say, “if only we knew what we were doing”? Studies have proven that the growing epidemic of bullying and the enormous physical, emotional and mental damage caused will go on to have lasting effects on those subjected to this horrible condition found in every school and educational institution.  I firmly believe that we can either ignore the problem and hope it will go away or we can address and drastically reduce this problem. In 1993, after making the front page of the Rapport newspaper (see photo attached) I was inspired to do my junior Thesis at TUKS on the subject titled: “Church Drama” – is it a gimmick, a shock technique, unholy, etc. Well in my studies I was heading for a crisis because the history of Drama indicated that Drama was kicked out of the church before. For the sake of clarity, let me provide you with a brief overview of the history of Drama (or the Entertainment Industry at large).

During the Greek age, Drama was at its peak with the rapid expansion of elaborate theatres and playwrights such as Sophocles and Euripides.

In the age that followed, namely the Roman age, Drama or entertainment started off with chariot races and transformed into the horrific scenes where people were slaughtered for the sake of entertainment.

After this, Drama subsided and was very quiet for a long time. During the Middle ages, Drama reappeared in the church of all places. Due to the Bible only being available in Greek and Latin, performers had to act out scenes in order for the average person to understand what was being presented.

To this day, a very well-known play namely: “The Passion” play is still being performed.

People started cheering during these performances and services became too unruly and as a result, drama in the church was slowly removed from the Church. The secular market took hold of the opportunity and has thrived there ever since. This is where my problem lies. Drama has become entertainment and service is a Holy place of worship where entertainment, generally, is not readily accepted. How I to prove that there was room for Drama in the Church if it had been abolished from it before? In Part Two coming out with the next TAG edition, I will explain how God miraculously sent someone from Beverly Hills America – the Entertainment Mecca of the world – to resolve the issue in my heart and ultimately find a way to complete my thesis. To end Part One, I would like to point out that (in my opinion) the “flaw” in entertainment is that it constantly has to top itself. What’s entertaining today is not necessarily entertaining tomorrow.

Currently, the market is inundated with Superheroes. How are they going to top this? In the first Avengers movie, they all fought against Loki who was a god.

In order to top this, who are they going to come up against as the antagonist, God almighty?
Are we heading for a repeat of the Roman times where literal killings were the order of the day, in the name of entertainment? “How is that possible?” you may ask. “Don’t be ridiculous,” another might add, “We are a civilized society, which has moved way beyond that point.”Well, as it stands, I currently have footage of 5 murders on my cell phone. I have unfortunately looked at one and guarantee you, I will not be looking at the other 4. A friend of mine’s wife was sent a video of a young man committing suicide, on a group where lunch orders are placed for schools!
Brenton Tarrant live-streamed the murder of 52 two people in New Zealand. In November 2019 eight websites were closed that continued screening his attack.

A few months after copycat murders were committed, it was also live-streamed and downloaded and viewed by millions. So, are we heading for the Roman Circus where people become so desensitized that they actually find people being murdered, entertaining! How do we solve this problem? By starting young – in pre and primary schools. By creating empathy for your fellow human beings and reprogramming the minds of innocent children the value of human life.

We can choose, to either ignore this ever-growing epidemic or to start doing something and trust that we have not left it too late.

For more info on this and similar subject matter, please contact me on:
jacques@flutterby.co.za

Women for Housing for Women