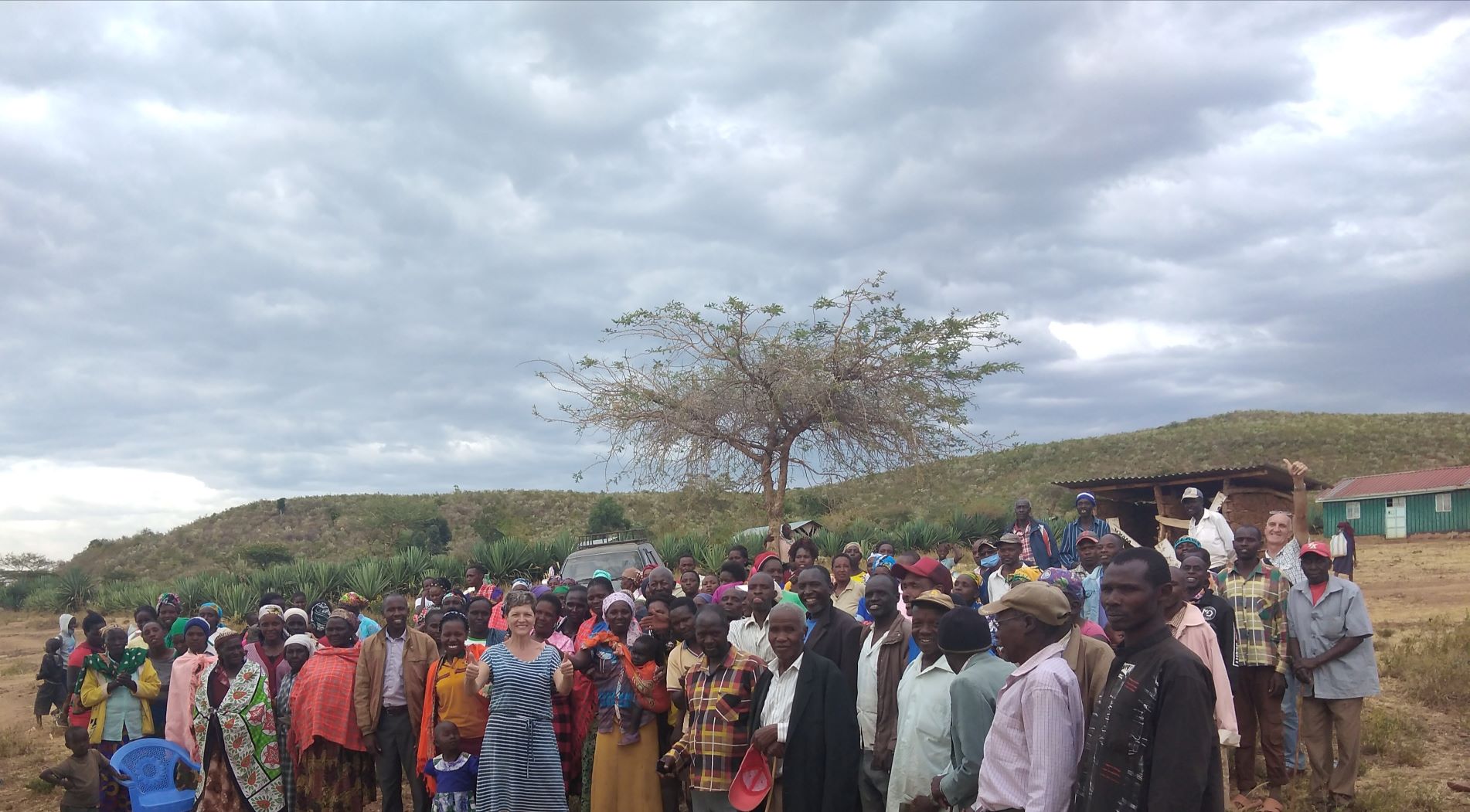 A must-read story by Lydia Venter, all the way from Kenya, that will warm your heart and spirit!

BACKGROUND
Wilco and Lydia Venter have been in Kenya since September 2001. They are currently busy with
Integrated Community Transformation in Lomolo ‘A’, a village on the border of the Nakuru and
Bogoria Counties in Mogotio, Kenya; about 210 kms northwest of Nairobi. They felt led to join God
in His transformational work among the Kalenjin tribe – an ethnic group of Nilotic origin.
Each one of the families in this community have been evicted from the Mau Forest, some as many
as four times over many, many years. During the post-election violence in 2008 they got displaced
again, until a few years ago when the Government issued each family with a two-and-a-quarter-
acre piece of land. Many of the people in this marginalized community are isolated, with limited
access to basic needs like food and water. This lack of opportunities leads to cycles of poverty.

FAMILY LIFE
Wilco and Lydia grew up in the Apartheids era and while Wilco upheld a more balanced outlook on
politics, Lydia was an outspoken racist and radically involved in fighting for white supremacy. The two
got married in 1990. In the early 90’s they met Christ and became radically sold out to His purpose to
expand the Kingdom of God. In 1995 they adopted their first little girl, Maki, who was 3 years old. This
separated them from both their families, and would increasingly continue to do so over their lifespan.
While still in South Africa, they adopted two babies, Joy and Stefanus, and later – after moving to
Kenya – the Lord added two more children. Timothy, whose mother tried twice to abort him in 2003
and Teday, a victim of the post-election clashes in 2008. Maki got married in Kenya and has given the
Venter couple 3 grandchildren. A couple of years ago both Joy and Stefanus moved back to South
Africa to pursue their careers. Timothy, now 18, is preparing for his final exam and Teday is 13.

THE JOURNEY TO KENYA
Lydia started getting visions of them sitting in a hut in the middle of a bush in Africa and her
caressing a naked black baby boy. Even after surrendering his life to Christ in April 1993, he still
couldn’t come to terms with these visions… Until one day God clearly spoke to him while being
underground at Kloof Gold Mine, telling him that they will become missionaries.
In 2 Corinthians 13:1 we read that every fact is to be confirmed by the testimony of two or three
witnesses, so in 1995 the Lord spoke to them for the first time about Kenya through a book Lydia
read. She was reading along and as she saw the word ‘KENYA” she started wailing deeply and knew
instantaneously that this was part of their destiny Christ prepared for them before the foundation of
the earth (Eph 2:8-10). A week later they met a woman, who knew nothing about them. Lynn took off
her shoes (apparently something she did when feeling that she stood on holy ground) and started
prophesying, saying that the Lord is sending them to Kenya, that they were to be in training from that
moment on and that this will realise in the new millennium. And the rest – as they say – is history. A
high was definitely becoming part of God’s family and a low was the fact that their families rejected
their calling, especially the part of adopting children over the colour line.

THEIR VISION AND DREAM

When coming to Kenya, Wilco and Lydia felt the Lord was burning the vision in their hearts to reach
the unreachable, touch the untouch-able, and love the unlovable.
Although Kenya is over-evangelized in many ways, there are still unreached groups of people, and
during the early years they got involved with the Ogiek tribe, a semi-unreached group of people and a
part of the Khoisan cluster, who mostly live at the foot of the Mau Forest. John Ruto, for instance, was
one of the men Wilco led to the Lord in 2003 and was the first in his clan to ever go to Bible College.
Churches were eventually planted in some of these areas that are still in operation today.
The posture of their hearts have always been to see Matt 4:16 in fulfillment: The people who
were sitting in darkness saw a great light; and those who were sitting in the land of shadow of
death, upon them a light dawned.
In 2004 the Lord pertinently pressed upon them the need to start a school, YASHA Mission
Academy. This eventually led to several smaller ACE satellite schools in marginalized areas.
Witnessing the many children who committed their lives to the Lord, was just one of the many
blessings they’d experienced.
Then in May 2012, Jesus led the Venters to rescue six boys from the streets of Nakuru, marking the
start of the YASHA Hope Centre. Almost all of them were addicted to sniffing glue – two of them
couldn’t read or write. After putting them through a reading program, they were able to proceed well in
school. These boys stayed in their home for two full years and although it was a challenging time,
they also had the privilege to see the steady growth of especially four of the boys; remembering how
they used to steal food from the pantry, battling the demons telling them that there might be nothing
to eat at the next meal and how these boys eventually turned out to be well-adjusted and responsible
young men.

…AND NOW
November 2020, the Lord directed them on a new path when appointed by their mission organization,
One Collective, to take up the role of Catalyst in Lomolo ‘A’. The vision is that each person in this arid
area will have access to Food, Freedom and Forgiveness through an integrated community
transformation process. The process of building relationships with local change makers has helped
them to identify where they should focus on in the areas of Food, Freedom and Forgiveness.
Eighty-four vulnerable farmers have been assisted this year with seed and fertilizer to fully utilize the
2 acres of land that were given to them by the government. The agreement is that they give back
20% of their harvest so that more people can be helped next year. They have also launched a
Farming God’s Way pilot project. Both of these farming projects need much prayer, as the rains
haven’t come as expected …

They have also – together with the community leaders – joined forces with local families to install
drip-irrigation systems. Families joyfully build fences and buy buckets to show how they are taking
responsibility and lovely relationships have been formed through this initiative.
They do prayer walks, have discussions and meals with leaders and other locals while prayerfully
waiting upon God to show them how to go about the disciple-making process and to see how the
Lord integrates this process authentically and organically as part of community transformation.